A Melbourne School of Government Doctoral Academy preview event. A lively conversation on migration between three prominent figures, followed by questions and answers from the audience. About the Doctoral Academy Previews

The Melbourne School of Government is proud to present its Doctoral Academy previews. These previews will enrich the university experience of PhD students, and showcase the advantages of participating in the Doctoral Academy. The Doctoral Academy is a new initiative by the Melbourne School of Government. It will be formally launched in early 2019 and will provide high performing PhD students with additional support, professional development, and networking opportunities. These previews are designed specifically for potential participants in the Academy. 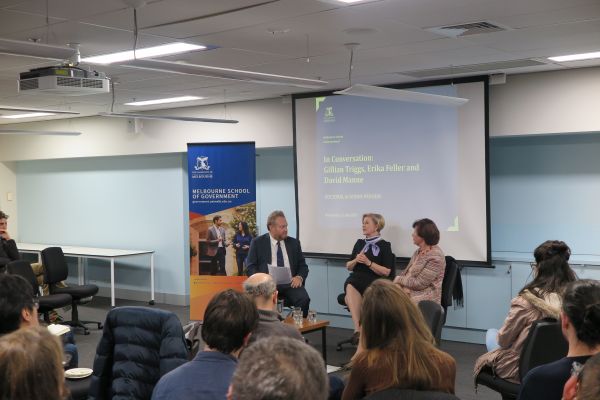 In this inaugural event, David Manne facilitated an informal conversation with Prof. Gillian Triggs and Prof. Erika Feller. They discussed the current political climate regarding migration, and the relationship between migration and modern democratic systems. Considerations included the current crisis in democracy; the expansion of Ministerial power in relation to migration law; and how populism has prevented migrants and refugees from asserting their human rights. The discussion then moved to the role of research. Participants heard about the challenges in making research relevant; how students can design research projects for impact; and the importance of using the right language and structure in communicating research findings. 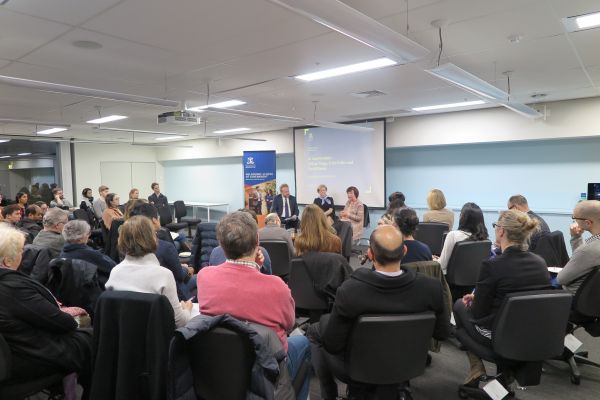