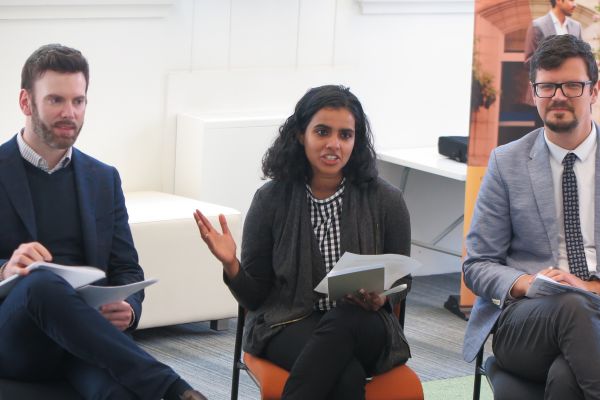 Political parties have become the centres of state power in EU Member States. Regardless of the type of government in which they operate, parties have the formal duty to conform their activities with the law, while their material duty is to act for the citizen’s welfare. But what if political parties violate the law or act against the well-being of the people?

Aleksander earned his LL.M. from Yale Law School, where he served as editor of the Yale Journal of International Law. He received the Max Planck Society's doctoral scholarship in 2014-2015 for his joint PhD at the University of Freiburg (summa cum laude). He has been involved in the TransCrim project, an advisor of the Korean Transitional Justice Working Group, and a foreign secretary general at the Institute of Law, Shanghai Academy of Social Sciences in China. He was a strategic partnership visiting scholar at the Melbourne University. Dr Marsavelski is also a collaborator on the Peacebuilding Compared project, and a member of the European Criminology Group on Atrocity Crimes and Transitional Justice (ECACTJ).