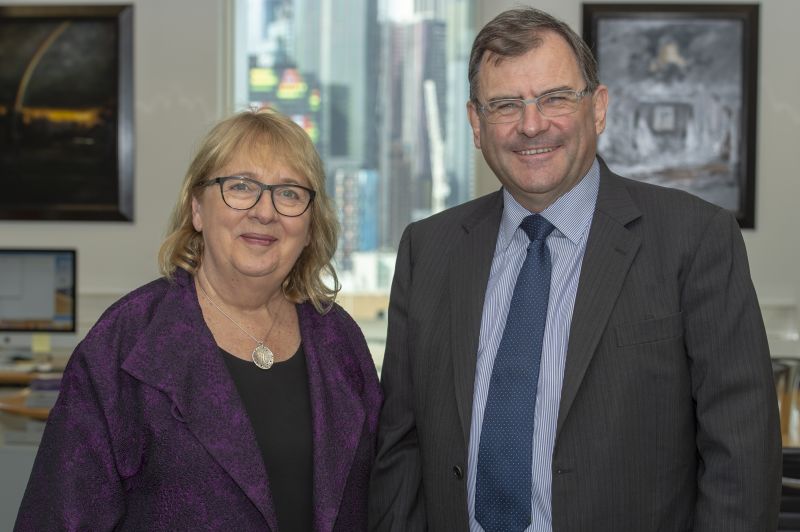 Melbourne School of Government Director John Howe has praised the recent appointments. “Each Fellow has had a long and distinguished career in the public service," Professor Howe said.

Jenny Macklin has been a passionate leader for equity and justice throughout her 23 years as a member of federal parliament, in particular as Minister for Families, Community Services and Indigenous Affairs and as Minister for Disability Reform under the Rudd and Gillard Governments. Among her many achievements, her work implementing the National Disability Insurance Scheme saw some of the most significant reforms to Australia’s system of social protection.

Ben Hubbard has contributed significantly in the public service as the Chief of Staff to Prime Minister Julia Gillard. Prior to this role, Mr Hubbard was Chief Executive Officer of the Victoria Bushfire Reconstruction and Recovery Authority, coordinating the recovery of communities affected by the 2009 Black Saturday bushfires.

Mr Hubbard has experience advising both the private sector as well as the Victorian government on public policy and affairs. Mr Hubbard is a current member of the Melbourne School of Government’s Advisory Board.

As former Chief of Staff to Prime Minister Tony Abbott, and a senior ministerial adviser for both opposition and government, Peta Credlin has an extraordinary breadth of political and policy experience.

Ms Credlin is a passionate advocate for women entering public life and will be involved with the Melbourne School of Government’s McKinnon Leadership Symposium and the Pathways to Politics Program for Women.

Former Shadow Attorney-General of Victoria and Member for Hawthorn John Pesutto has an extensive record of service in politics and public policy. Prior to his career in elective politics, Mr Pesutto worked as Counsel to Premier Denis Napthine, Chief of Staff to the Health Minister and as a Senior Advisor to Premier Ted Baillieu. As a lawyer, John spent many years in private legal practice focusing on industrial relations and employment law.

"The Melbourne School of Government will benefit greatly from each appointment's unique experience, knowledge and commitment to delivering research excellence in the public service” Professor Howe said.